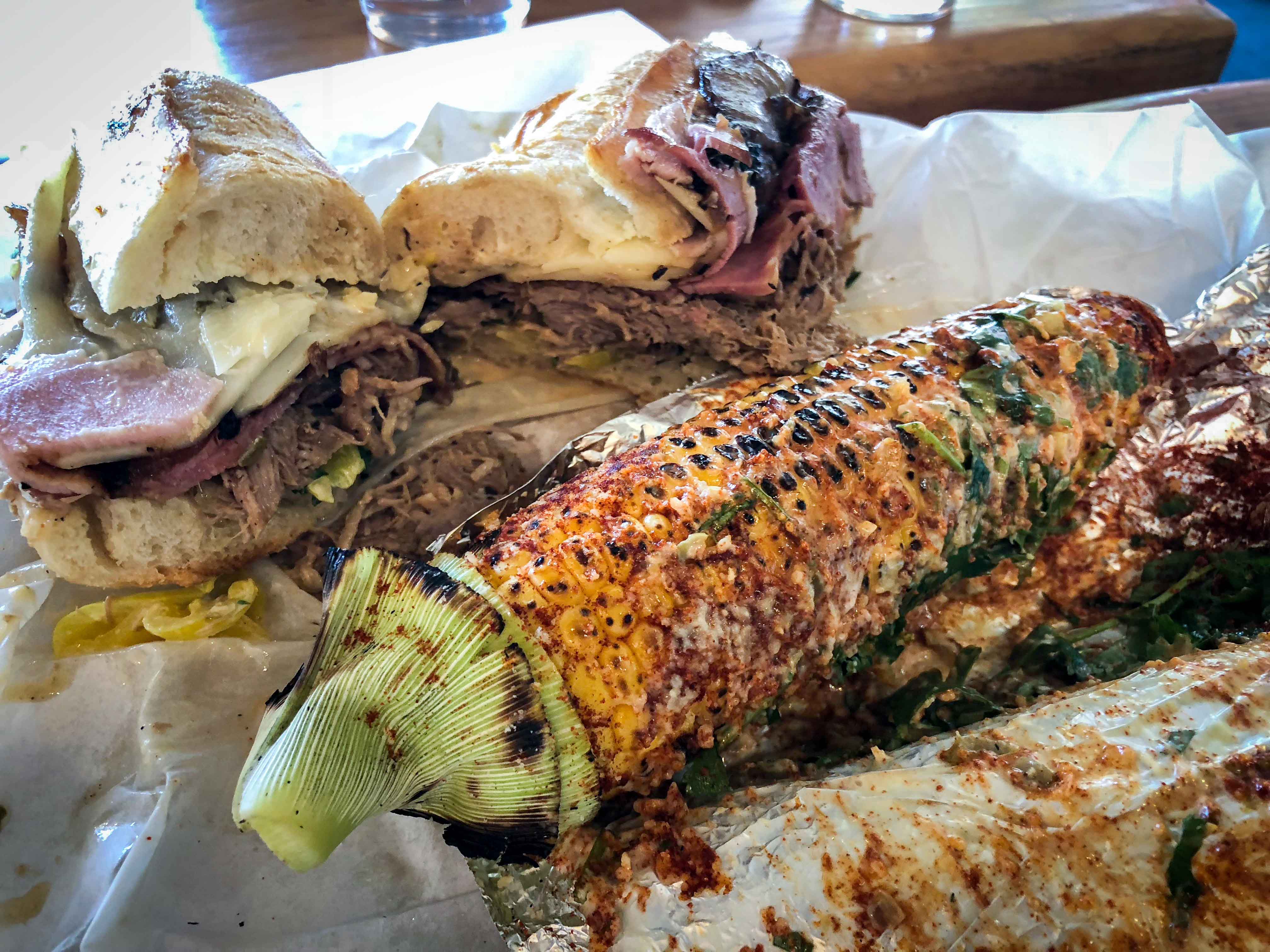 I’ve lived in Seattle for the last four years and have eaten my way through a considerable number of restaurants. I mean, eating out is pretty much a hobby of mine. Being college students who love to eat, my friends and I spend most of our time and in the sub $15 category. I’ve been to a lot of amazing places, but the restaurants below are the ones that have earned a special place in both my heart and stomach.

Another place I can’t stop coming back to, and I don’t think I’ll stop until I eat through the whole menu. It’s very reasonably priced and I’ve never had a bad dish here. I leave every time feeling a little too full. A+ has a big selection of Hong Kong comfort food. I’m talking congee, lo mien, cart noodles, baked spaghetti, and various rice+meat dishes. Big portions. Delicious!

My recommendation: I don’t think you can go wrong with anything here, but if it’s your first time I’d recommend going with the spareribs+Chinese sausage stone pot ($8.25), shrimp lo mien ($8.95), and the beef & egg sauce with rice ($9.95).

Price: You’ll probably end up spending about $9 a person before tip. Portions are big though, so if you have some people who don’t eat much, you might be able to get away with splitting 3 entrees between 4 people .

Top tip: This place is small and always busy, so I’d try heading there for a late dinner (which is when HK comfort food should be eaten). Almost all of the tables are small tables (they have one table in the back that seats 6-7), so I wouldn’t recommend coming here with more than four people unless you’re ready to wait for the big table in the back. That being said, I would come with four people so that you can eat family style and try more things off the menu.

I’m promise I’m not joking when I say that Bakery Nouveau played a big part in my decision attend the University of Washington. I was being shown around town by a friend and he took me to West Seattle location for a twice-baked almond croissant. I vividly remember biting into it, closing my eyes, making an audible “mmmhgghrggrggr”, giving him a hug, and decided right then and there that Seattle was the place for me. I mean there were obviously a bunch of other reasons I was falling in love with Seattle that led up to that moment, but I do credit that croissant with being the final thing that made up my mind.

Top-tip: The Capital Hill location is just as good as the West Seattle location (the original), so if you’re closer to Cap Hill, go there.

tl;dr: A croissant so good it helped me make a major life decision.

One of the busiest restaurants on this list, but also one of the best. The line begins to form half an hour before opening and will stretch down the block during peak hours. The line is well deserved because their pasta is both life changing and only $9.95. Unbelievably worth the price, and fully deserving of all the hype. They’ve also been semi-finalists for a couple James Beard awards.

This place is no bullshit. You get in line, pay at the counter, sit down, eat your pasta, have a religious experience, and then get the fuck out. You’ll be met with death wishes from everyone in line if you choose to sit leisurely after your meal! They’re only open from 11AM-3PM and are closed on the weekends. They have three pastas every day: a pappardelle ala bolognese that stays on the menu and two other pastas that change daily, one vegetarian, one not vegetarian.

My recommendation: If you can, come with enough people to get all three pastas so you can try them all. You can’t go wrong with anything here, but the rotating pastas are usually better than the bolognese. To all my fellow carnivores: DO NOT UNDER ANY CIRCUMSTANCE underestimate the vegetarian pasta. It’s very rare that I will order a vegetarian dish when there are choices with meat but it’s often the best one on the menu at Il Corvo. Make sure to get some of the focaccia and pickled vegetables as well to share with the table. The acidity of the pickled vegetables really help reset your palette for another mind boggling bite of the rich and creamy pasta.

Top-tip: Get there half an hour before opening (10:30) and you might find yourself at the front of the line. If all goes well, you’ll have some delicious pasta in your belly before your parking expires at 11:45.

tl;dr: Best pasta for the price. Long lines. Totally worth it. Don’t underestimate the vegetarian pasta, get the focaccia and pickled vegetables.

Sizzle & Crunch is absolutely the most underrated place on the ave (or right off the ave). It’s kind of like a Vietnamese chipotle. They do rice bowls and banh mi, and you can top your entree off with a fried egg for 65 cents. It’s quick, delicious, and cheap. Not much else to be said, it’s just an all-around great quick service spot near campus to get lunch or dinner.

My recommendation: I always get a rice bowl with half brisket and pork belly. The fried egg is an absolute must.

Price: Even with an egg, you’re spending around $8.50 for what is often two meals.

I grew up in California, and California has some really good Mexican food. The first year I was in Seattle, I was disappointed by the lack of good Mexican food around the University District. I tried all the spots, Rancho Bravo, TNT, El Camion, Guanaco’s, dare I say Memo’s? None of them were even remotely good. Then I stumbled upon Tacos Chukis, Capitol Hill’s darling taco joint. Tacos Chukis is hidden on the second floor of a weird indoor mini-mall and you’d never know it existed if the tacos weren’t so damn good.

My recommendation: Everything on the menu is delicious, but I’d recommend going with the house taco ($2.50 each), which is an adobado taco topped with cheese, guac, and a slice of grilled pineapple. The sweetness of the grilled pineapple really balances out the taco and it’s to die for. The quesadilla ($4) is also a killer deal for how filling it is.

Wait time: There’s almost always a long line but it goes pretty quick. Usually a 15-25 minute wait from end of the line to food on your table.

Price: I usually spend about $10-12 (quesadilla+a few tacos is my usual order).

When I first moved to Seattle back in 2014, Paseo’s was one of the first places I was taken to. It has been heralded as THE place to eat in Seattle. I remember eating my first Caribbean roast under the old metal sheet roofing and feeling a spiritual confirmation that moving to Seattle was the right choice. Later that year, Paseo’s mysteriously closed shop, and we later found out it was due to bankruptcy and a labor suit. Afterwards, some local guy bought and re-opened Paseo’s for $91,000, but didn’t get any of the recipes. I haven’t been back since the re-opening, but I’ve heard it’s not the same.

Luckily, Julian and Lucas Lorenzo, the two sons of Lorenzo Lorenzo who was the original owner of Paseo’s, opened up Un Bien. It’s just as good, if not better than what I remember Paseo’s to be. These sandwiches are slathered with aioli and piled high with the BEST caramelized onions (I almost like these more than the meat in the sandwich). The toasted baguette gets a bit soggy from all of the meat juices, but still holds its own and has a good bite to it. Trust me, it’s an experience. Oh yeah and you can usually find some free street parking across the street.

My recommendation: Start your Un Bien journey with the Caribbean roast and then work your way up to some of the other sandwiches (oh my god the scallop sandwich) because you will 100% go back. You also MUST get the fire-roasted corn, which is perfectly charred and lathered in aioli, parmesan, cilantro, salt, and paprika. Let’s just say that if I found out you went and didn’t eat the corn, I’d think less of you as a person (unless you’re allergic to corn).

tl;dr: Awesome Caribbean sandwiches that have deep roots in Seattle culture. Get the damn fire roasted corn. Thank me later.

This place specializes in authentic hand-ripped noodles (biang biang mien) that are so good that I stop by about once a month. As someone who has traveled to Xi’an, I can confirm that these noodles are authentic. Xi’an Noodles is an order-at-the-counter spot and can get pretty crowded during peak hours. Everything here looks spicy, but it’s pretty mild! I’ve brought friends who can’t eat spicy food and they’ve all been fine. This place is perfect if you like asian food and have been itching to try something unique! Street parking is free and plentiful.

Price: $10/person gets you a plate of noodles which should be more than enough for lunch

Top tip: Get here at opening to avoid the line if you’re coming on the weekend.

tl;dr: Authentic Xi’an hand-ripped noodles, get the noodles without soup, easy&free parking, lunch will run you about $10/person.