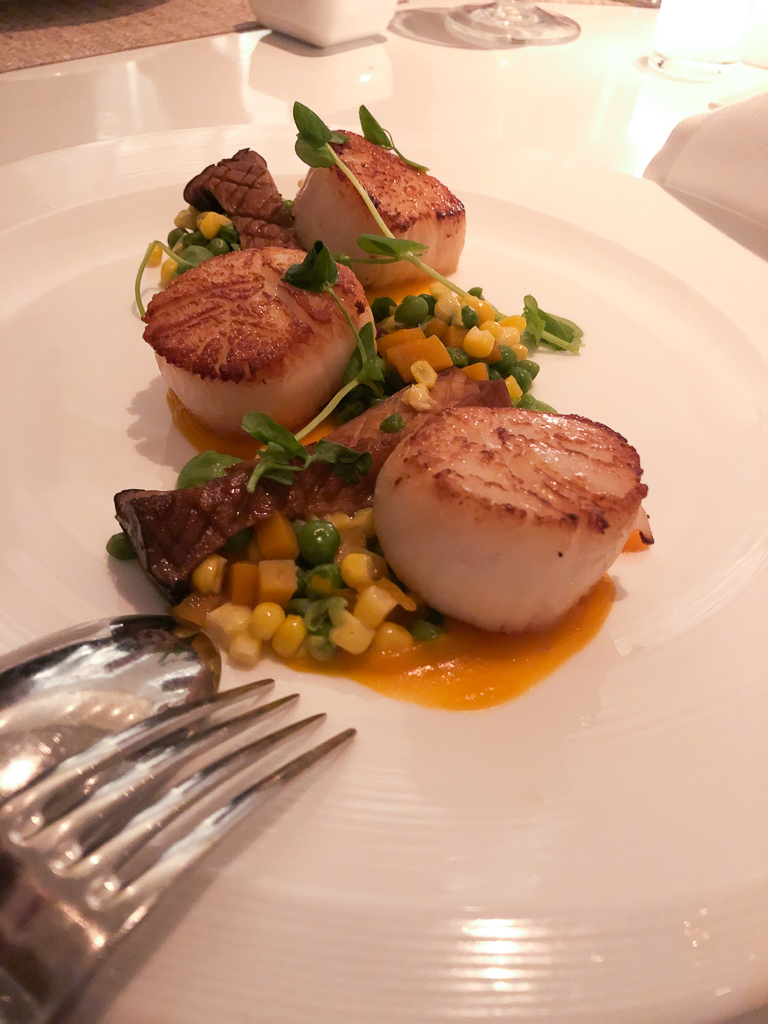 I would like to preface this review by saying that I don’t drop $80+ on dinner very often. My guess is I probably do it 2-3 times a year, for special occasions. So if you’re looking for a review from a critic with a feel for fine dining, you should probably look elsewhere.

I went to Kyma on a Wednesday night for a holiday dinner with some of my coworkers. We got there around 7 PM, and it was just starting to fill up. I think all of us were impressed by the sexy Mediterranean decor. It just felt really clean, and well, Greek. They even had their own olive oil bottles!

(Apologies for the lack of pictures, we were having a great time and I didn’t want to ruin the conversations by snapping pics. Thankfully, Rav took some!)

2 bottles of red, 1 bottle of white

Every single dish we had was delicious. But as you’d expect for a place like this, the portions were really small and everything was really expensive. The lamb chops were delicious, but they were $48!!! Not worth it. Overall my favorite dish was probably the octopus, but I just have a thing for octopus. We blew over $500 (wine was expensive) and probably could have eaten a lot more had our wallets allowed it.

Overall, I had a great time at Kyma. The atmosphere was great, service was great, and the food was great. However, we ended up spending about $77 per person before tip and I didn’t even leave completely full. That isn’t outrageous considering half our bill was spent on wine, but I do feel like our money could have been better spent elsewhere. Even though I didn’t think it was worth the price, Kyma gets four stars because everything was excellent and it’s just my opinion that it was too expensive.

Good for: When you want to impress and have money the money to do it!