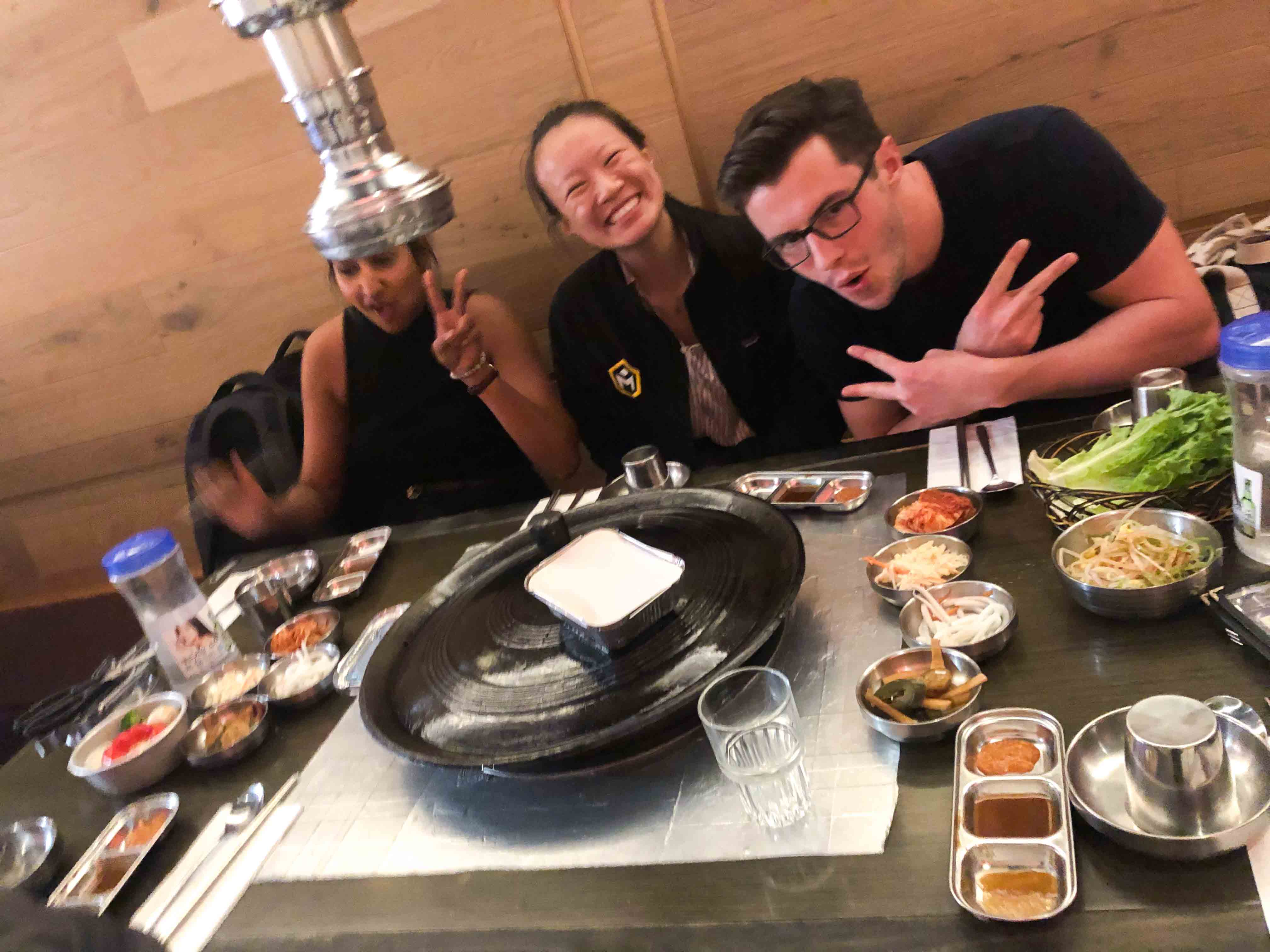 Once every two months, I get this unstoppable urge to gorge myself silly with all-you-can-eat KBBQ or Hotpot. At this point, I’ve just accepted that it’s part of a cycle. I’ll eat (relatively) healthy for awhile, and then I’ll tell myself I’ve been doing a good job (even though I haven’t actually been) so it’s time to reward myself with some AYCE and eat to the point of self-loathing when the cycle starts over again. Let’s Meat is the latest KBBQ joint to make it in that cycle.

As one would expect, the table comes preset with banchan (Korean side dishes). The banchan lacked in variety; there was only kimchi, pickled jalapenos, daikon carrots, and bean sprouts. I was dearly missing my favorite banchan, gamjajorim (soy-braised potatoes), and the heavy-hitting fish cakes that are commonplace at most other Korean restaurants. I wasn’t stoked about the banchan, but I quickly forgot about it once the meat started making its way to our table.

Of course we had to go for the premium menu, which gave us access to the galbi, chadol, and NY strip steak, and more. The galbi and chadol were the clear winners, but then again, they’re always my favorites. As for the rest of the menu, some notable picks are the spicy pork, shrimp, and squid. Not meat, but make sure to order the japchae and seafood pancake too! If I went again, I wouldn’t re-order the spicy rice and fish cake, NY strip steak, or pork jowl.

AYCE KBBQ joints usually don’t have the best rep when it comes to service, but our server at Let’s Meat was really attentive and never more than a turned-around-glance away. We always had everything we needed on the table!

In short, Let’s Meat was a great. Service was good, meat was good. Expensive, but for KBBQ in NYC, it’s not so bad. Grab a group of friends and go Meat!